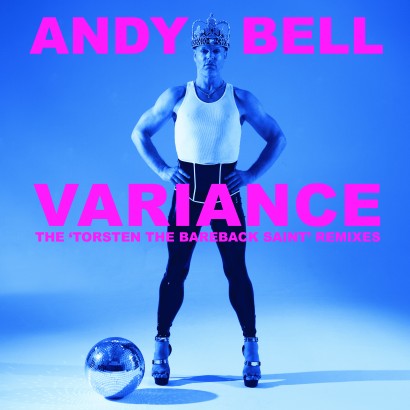 After performances at the Edinburgh Fringe Festival and before starting to write the second Torsten episode ‘Torsten The Beautiful Libertine’, songwriters Barney Ashton-Bullock and Christopher Frost, producer Michael J. Allison (Olivia Newton-John, Cliff Richard, Freddie Mercury) and Andy Bell himself collaborated in re-fashioning some of the album tracks purely for fun. These remixes include re-sung vocals, alternate and new lyrics and new instrumentation.

There are three remixes specifically made for the radio; two danceable remixes of ‘Weston-Super-Mare’ connecting the Torsten project back to Andy’s more familiar Erasure electro-pop heritage (thanks to synth-pop stalwarts Dancing With Ruby and mOOger!) and there’s a complete electro-pop re-work of fan favourite track ‘Bingo Hall Baby’ which has more than a touch of the Alan Bennett about it. The experimentation was perhaps at its most abstract on the Industrial Soundscape Mix of ‘Weston-Super-Mare’ which perhaps recalls early noise terrorists Cabaret Voltaire and Einstürzende Neubauten.

N.B: This title is released 4th September 2015 and will not be dispatched before this date.